A couple of weeks ago, my wife gifted me a 90 minute session at Racing Hub Utrecht. This provided me with the opportunity to both try triple screens and VR. While I felt that I couldn’t make full use of the wider field of view provided by triples, a 15 minute VR session with an Oculus Rift CV1 yielded two important lessons:

After this experience, it became quite clear to me that I wanted to own a VR headset.

At the time of writing (February 2020), the two main VR contenders are the Oculus Rift S and the Valve Index. The other options all seem to have issues of some sort. The Valve Index has the better resolution, field of view, and sound, but is also much more expensive than the Rift S. You can keep the costs down by buying just the headset and a single base station (which will set you back about €700), but I also wanted controllers since I also want to be able to use the VR headset for my work. The full Valve Index kit is €1,079 vs. €449 for the Rift S. Add to this that the Valve Index is currently sold out, and the choice fell on the Rift S.

While waiting for your Rift S to arrive, I suggest you already download the Oculus software, as it’s a 7 GB download that may take a while. After installation, you can plug in the headset. It needs two connectors, a DisplayPort and a USB connection. Some people report issues with powering the Rift S and having to use a powered USB hub. I plugged it into one of the USB ports on the back of the computer (i.e. directly on the motherboard) and have no issues.

Once the Oculus software has detected the Rift S, it will run you through basic settings and a short tutorial. I suggest you skip setting the Guardian area (the area where you can safely play without bumping into things) for sim racing.

The Rift S has no mechanical Interpupillary distance (IPD) adjustment. Instead, you can adjust it in the Oculus software. You can measure your IPD in the mirror with a ruler. I came up with 67 mm, which is exactly what my optometrist measured last year.

iRacing automatically detects the Rift upon launching a session and asks whether to start a full-screen Rift session. Answer Yes to go to VR. You may need to set the audio device to the Rift’s speakers to get audio on the headset.

The most important button assignment is the Recenter HMD button. A press on the button will reset the view to your current head position and orientation. On my Driving Force GT, I use the big enter button that was unassigned previously. You can also use this button to change your seating position in the car. If you duck and recenter, you will be placed higher in the car.

VR requires much more processing power than a single screen. Your old graphics setting will most likely result in a low frame rate. There is an exhaustive guide to VR optimisation on the iRacing forum. On my system (Core i5-9600K, RTX2070) this provides 80 fps without issues. You can try adding detail and see what it does to the frame rate.

The black boxes and the virtual mirror may be in inconvenient locations. Press Alt-K and move them around until you can see them properly. I still use the virtual mirror, I find it to be much more usable than the “real” mirrors. You can adjust the mirrors in the F9 blackbox.

One innovation of the Rift S is the tracking without base stations, which is achieved with cameras. Some people complain about tracking issues with low lighting, so make sure that there is sufficient light in your game room. I find the tracking to be flawless. The single and rather thin cable is no hindrance at all during sim racing.

The screen-door effect is much less than on the Rift CV1 that I briefly tried, but you still notice the reduced resolution especially with distant objects. For me, the increased level of immersion absolutely outweighs this. Coming from a 75 fps screen, I can’t complain about the Rift’s 80 fps refresh rate.

More noticeable is a somewhat limited horizontal field of view. There is a bit of tunnel vision here, and you will have to turn your head to compensate for the lack of peripheral vision.

A common complaint about the Rift S is the sound quality. I find it acceptable – yes, it lacks bass. You can resolve this by wearing headphones, but I actually like that my ears aren’t covered so I can keep track of what’s going on around the house.

Finally, I find the Rift S relatively comfortable to wear. I haven’t done longer stints with it yet, but so far I had no issues with sweating.

Virtual Reality has come of age, and iRacing’s implementation is probably the best of the industry. If you want to feel like you’re sitting in the car instead of looking at a screen, I would definitely give it a try. The Oculus Rift S is a tried and working platform, and I consider it good value for money, especially when compared to a triple-screen setup and required rig. If sim racing is all you want to do in VR, I would also consider the Valve Index and a single base station as alternative. 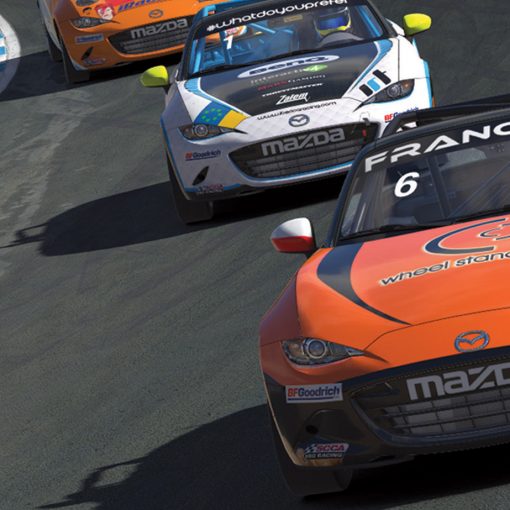 Here’s a short overview of the major changes that season 2 2021 brought to iRacing road racing: The main news is the […]