The Mazda MX-5 (known as Miata in the United States) can be credited with starting the rebirth of the classic small two-seat roadster. By the time of its introduction in 1989, the British roadsters by brands such as MG and Triumph were no longer in production. The Mercedes-Benz R129 was introduced at about the same time, but this was a much larger luxury car.

The first generation, known as NA, was produced from 1989 to 1997. Engine offerings were a 115 hp (later 90 hp) 1.6l and, starting in 1994, a 1.9l with 130 hp – both coupled to a short-shifting five-speed manual transmission. Other important ingredients were double-wishbone suspension on all four wheels (like in Formula 1, not McPherson front suspension like on most cars) and a weight of less than 1,000kg. As a result, the MX-5 is considered one of the best-handling cars ever made.

The second generation, NB, was produced from 1998 to 2005. The car lost the pop-up headlights and gained some curves and approx. 100kg in weight, mostly due to improved stiffness and crash protection. The 1.6l now developed 110hp, the 1.9l around 140hp.

The third generation, NC, was produced from 2005 to 2015. The styling was a bit closer to the NA. The suspension was now based on the RX-8’s, with the rear axle going from double wishbones to a multilink suspension. Weight was increased by about 50kg. The 1.8l engine developed 126 hp. The 2.0l engine came with limited-slip diff, optional 6-speed transmission, and 160 hp.

I’m no MX-5 expert, but to me the NB seems to offer the best balance. It is heavier than the NA, but also stiffer and safer. Compared to the later models, it is cheaper and has the double-wishbone rear suspension. I would definitely go with the bigger engine (1.9l/2.0l), as they provide significantly more power with marginal weight increase. If you have the money, the ND2 is a great base car. I would also recommend at least a roll bar if not a full roll cage for track use and a hard top.

Regarding upgrades, brakes and suspension are always worth a look. There’s little potential for weight reduction. Power can be increased with a supercharger or turbocharger kit, but I’m not a big fan of those – I’m of the opinion that those will in the long term always reduce the lifespan of the engine.

Track days are fun, but chances are you are competitively minded and are considering racing. The MX-5 is a great entry-level race car with racing series being held in many countries – like Spec Miata in the US and the BRSCC MX-5 Championship in the UK. The championships come with their own rules regarding modifications of the cars, so take those into account when building a track day car that you might want to use for racing later.

The E36 has been a favourite among track lovers for many years, but as those cars are becoming older and rarer, its […] 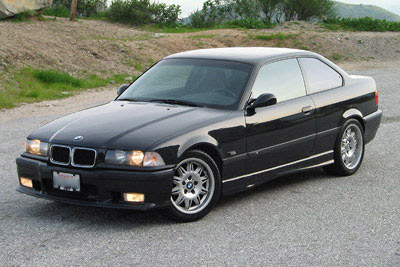 History The E36 was introduced in 1991. It was a major step forward compared to the E30 with a completely new body, […] 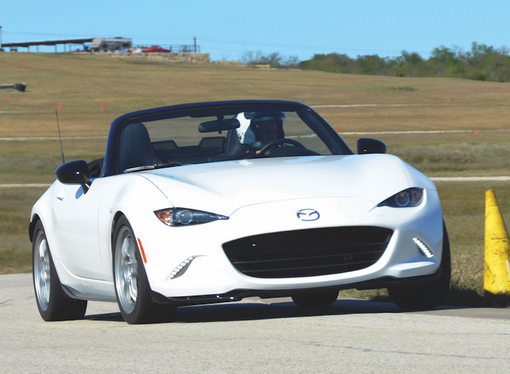 The current-generation (ND2) Mazda MX-5 is maybe the best value for money when it comes to driving fun. This is due to […]